Mac Miller released the music video for his song “Avian,” one of the tracks off of his album “Watching Movies with the Sound Off.” The video was produced by Larry Fisherman and directed by Rex Arrow. The concept intrigues me to the point where I want to become a bird disciple. 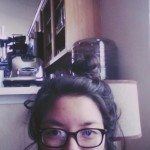