The types of music that make you feel are the ones that are honest and carry integrity and that is what you will find with The Tragic Thrills. Ironically, there’s nothing tragic about this band unless you define the truth as a tragic thing.

“The name ‘The Tragic Thrills’ embodies a sense of what I owe. Not what I owe to anyone, just what it’ll take for me to find whatever the hell it is I’m looking for in life.”

– Zach Porter on the meaning behind the band’s name via thetragicthrills.com

The Tragic Thrills has had a constant change in line-up, but is currently compromised of Zach Porter (lead singer), Ans Gibson (drummer), and Chris Morrison (lead guitarist) and they produce a mix of folk and pop-rock tunes filled with heavily raw lyrics. The band sought out producer, Jason Lehning, during the recording process of the band’s debut album. The self-titled and self-funded record came out September 2013 and was was re-released a year later after signing with Washington Square Records which is associated with Razor & Tie. It is available for download on iTunes.

I had the pleasure of meeting Zach Porter the last few years he has come to town and have been a fan of his music for years. If he sounds familiar that’s because he was also the front man of pop-rock, electronica band Allstar Weekend. Still doesn’t ring a bell? Well, perhaps you might have heard the track below called “A Different Side of Me” from the 2010 movie The Last Song starring Miley Cyrus and Liam Hemsworth.

Getting back on track, Zach has always been passionate about his music and ensures a good time at any show. In fact, the first time I saw The Tragic Thrills live, last summer the power in the Studio at Warehouse Live and the entire block shut down. However that didn’t stop the guys from putting on a show. Everyone whipped out their cellphones and turned their flashlights on or brightness up until the end of their set. I even got to chat with the guys in an interview and they were each incredibly welcoming and down to earth as they discussed their musical journey.

They just finished writing their second album and are in the process of funding it to have it recorded. A campaign was launched earlier this week and fans can show their support by pre-ordering the album, purchasing cool merchandise or choosing from a wide list of prizes including handwritten lyrics to a private party with the guys. Click here to view more information on the campaign. The band has a set total of 14 songs picked out and the recording set dates are laid out for late October and November of this year and all the proceeds can help the band to further promote their music such as touring and better album pressing. As of now, the band has currently achieved 58% of their intended goal. Check out the video below to learn more about the campaign. 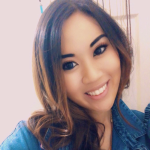