Musician, songwriter, and interdisciplinary artist Cody Critcheloe aka SSION just released O, his third studio album, his first release in seven years, and it’s fantastic. The album opens with a cover of Roy Orbison’s “Big As I Can Dream.” “I will build a dream for you…” Critcheloe sings in a misty-disco tone as if addressing the queer dreamscape one longs for growing up queer, “…as big as i can dream.”

Later on within the album sits the track “At Least the Sky Is Blue,” a collaboration with Ariel Pink. Within this song, Critcheloe is haunted by the ghost of Elizabeth Taylor (Ariel Pink) while navigating the day-to-day of gay dating. “At least the sky is blue baby/At least when i’m with you,” sings Critcheloe. Cruising doesn’t satisfy SSION who is more interested in the queer utopian possibilities Elizabeth Taylor seems to embody in the video. “I wanted to make a narrative music video that felt akin to the cult gay movies I grew up worshiping,” Critcheloe told Pitchfork, “Set against a psychedelic and exhausted L.A. backdrop, I find myself deep inside a cliche: a crush on someone unattainable. Crushes can leave a bigger stain than a relationship because you fall in love with the potential of something rather than the reality. When it never fully manifests you always play back the fantasy in your head and it becomes more romantic, tragic, psychedelic…massive.” The video features a scene with Critcheloe looking through a glory hole and finding himself dressed as Liza Minelli in a duet with Taylor.

Juxtaposing those ideas of queer potentiality and desire with popular culture is something Critcheloe excels at throughout O. On “Marc & Me,” he imagines a night out with fashion designer Marc Jacobs. “I know its not the 70’s/But I’m feeling mighty real,” he sings in “Free Lunch.” On “Tell Me About It” he asks “Oh can’t you hear these faggots scream?” which might or might not be a reference to an Ariana Grande meme (It would be really funny if it was). 1980-99 features Sky Ferreira and Patty Schemel, which is pretty amazing. God knows Sky releasing any music at all is a victory for the gay community.

O is an exploration of queerness relationship with popular culture and possibility. Gayness aside, though, O is probably SSION’s best musical production to date. As the commodification of queerness further allows the music industry to pander to the community (see Rita Ora’s Girls feat. Bebe Rexha, Charli XCX, and Cardi B) it’s important we “stan” queer artists  like SSION who are making unapologetically queer work for the sole reason of honest self excpression. 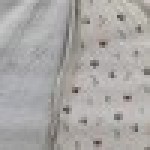