The album is part of a cohesive project greater than itself. How to be a Human Being is a piece of art with a deep connection to people and their stories. With this album, the band aimed at and succeeded in creating a universe in which the album could exist. With shining pineapples accompanied with gold and bright lighting, the band creates the perfect environment for the album to be performed in. By focusing on stage design, performance, sound, and overall aesthetic, Glass Animals brought to life a cohesive creation of sound and narrative in the most artful, rhythmical and painstakingly human way.

In How to be a Human Being, Dave, Glass Animals’ lead singer, draws inspiration from the lives of unique people and from the dark and sad stories they share. Glass Animals created an album that inspires people to think, feel, and possibly relate to the stories told by each song.

There are dimensions to the album and a myriad of eclectic sounds encompassed in each individual song. Comparably to Zaba, their first album, I’d say How to Be a Human Being (HTBAHB) is more about life itself than just psychedelic vibes and evocative sounds. HTBAHB is more explorable through emotional and direct narratives, synthesizers, electric snares, R&B rhythms, dramatic drum intros and a combination of moody and groovy melodies, as well.

Glass Animals’ most complex work no doubt deserves all the listeners it gets, as well as my own personal hundreds of daily streams. The immersive sound and performances stemming from HTBAHB evoke a spectrum of feelings: a joyous one on one end and a dismal one on the other. “Agnes,” the album’s closing song, is definitely at the dismal end of the spectrum. The song contains a short and repetitive chorus that goes “I’m gone but you’re on my mind / I’m lost but I don’t know why…,” which manages to cling to you and make you understand why this song is the saddest song Dave has ever written. It’s important to also mention the powerful accompanying music video, which contains a centrifuge and Dave in his quest to feel the powers of grief.

Although a cohesive piece, every song on the album tells a completely different story and carries an almost unique purpose as well.

For when you feel alone, Life Itself

For when you want to appreciate the good in the bad, Youth.

For when you need to rage but understand sorrow, The Other Side of Paradise

For when you’re sad, Agnes

Unlike their previous work, HTBAHB doesn’t need to be listened to thoroughly from start to finish, anyone can pick one song for a different time and place.

The album stands as Dave’s artistic rendering of different human conflictions and brings them to life with soothing melodies and rhythms that can cruise you through the album. At one point you’re listening to a hectic story addressing mental health with hints of joyous sounds, next thing you know you’re in a chamber of intensifying sounds like in “Mama’s Gun” and questionably dancing. Every song is unique and can be played for different moods or to positively intensify any feeling.

Released not so long ago, HTBAHB is a throwback gem that remains relevant. Glass Animals has not released new music since, but they continue to remain active, engaging with fans on social media and giving updates on drummer Joe’s recovery following his horrific bike accident back in July of 2018.

With every song, every character, and every story in HTBAHB, written and produced by Dave Bayley, you get a piece of him and a piece of humanity. Glass Animals’ record and guide to what it means to be a human who feels pain, keeps secrets, lives in their sorrow, or even shares the darkest part of themselves explicitly encompasses how one’s flaws and stories makes them human.

Glass Animals’ How to be a Human Being still carries the power to heal with their empathetic and distinct stories. The album in itself is what it means to listen and be heard.

HTBAHB makes you feel heard and understood as you share feelings with the characters Glass Animals have created. The stories told carry prominent narratives surrounding mental health and issues that arise from a lack of care and understanding.

Glass Animals and Dave listened as they toured the world, creating characters out of people’s stories and produced a sophomore album that still hits every emotional and sensitive fiber in my body while making me want to celebrate life, too. In each song, you hear people’s stories as well as a piece of Dave and what he witnesses.

Two years and a few months later, the album continues to carry a great amount of emotional weight and hold an important place in my life and in many others’. 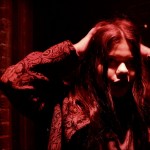