Coming from New London, Connecticut, Audien is an American progressive house DJ that has exploded into the scene with hits such as his remix of Bastille’s “Pompeii” and his single “Insomnia.” His history includes a variety of interests, beginning with trance, of course, as he taught himself how to recreate the music he’s heard.  With his music, you get the taste of mostly progressive house, trance, and electro house, featuring plenty of anthemic and psychedelic melodies.

In 2012, Audien’s song titled “Eventide” was featured by Above & Beyond during their EDC set. Here along with a few other instances, we saw the mainstream DJs featuring multiple of his songs during their sets, slowly bringing him more and more attention until he was invited to play at Tomorrowland. Since then, Audien has released countless fantastic singles, one of which called “Insomnia” that exploded into the club and dance scene. Really hanging onto the vocal hooks and drops, Audien’s music comprises plenty of variety and discontinuity, bringing out the most of his talent. His music is fantastic at bringing people together. It is always able to lighten the mood with a dope melody and great lyrics.

Thankfully, we will get to see Audien this year at the new Texas Halloween Festival, Freaky Deaky. Tickets are still out, so click here to get them now so you can see Audien play Saturday, October 27th. If you haven’t even seen the complete lineup yet, click here to check that out! This might be the first Freaky Deaky in Houston but don’t let that scare you into not going to the best festival around! 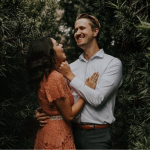