Breaking out onto the scene in 2009 with his hit song, “Feel it all Around” which is now the opening theme song of the hit show Portlandia, Washed Out along with Toro Y Moi, XXYYXX, and Neon Indian, are considered pioneers of the chillwave movement.
If you remember this time period, you would also know this was the rise of “Tumblr Fashion”, also known as the rise of the hipsters. Everyone was wearing flower crowns, folded skinny jeans, and plaid patterns. Although the hype surrounding these things have died off, bits and pieces from that time period still remain. Things such as plaid and jeans rolled at the hems are still around, but they are just accessorized differently. These are now usually paired with New Balances or stylish windbreakers. One would attribute the shift of this culture to the rise of lo-fi, or chill pop, but it all stems from chillwave.

Hailing from Perry, Georgia, Washed Out started making beats from his bedroom and uploading them to his Myspace page. Washed Out’s sound is best described as dreamy retro pop; engaging his listeners with feelings of nostalgia and longing. On Paracosm, his second album, he’s taken the idea of letting your mind wander to another state a huge leap further. On Paracosm, Washed Out explores the phenomenon of people creating detailed imaginary universes. This escapism adds an extra oomph to Washed Out’s original sound. In order to do this, Washed Out expanded his sonic palette by introducing around 60 different instruments and sounds, and thus, redefining his trademark sound of dreaminess.

Just like the plaid and the sunflower crowns, the hype around chillwave has died down. Although it’s bittersweet, this shift causes chillwave artists to expand their sound. Check out Washed Out at White Oak Music Hall on 12/30! 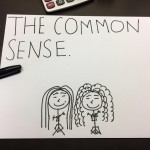