Zack Villere is redefining what being a DIY artist is in 2020. The 24 year-old LA-based artist is putting out music unlike anyone else right now… and he’s doing it on his terms. He writes his own music, directs his music videos with his friends, creates the artwork for his albums and singles, and is unsigned (by choice).

Villere’s sound is a unique mix of lo-fi, indie, bedroom pop, funk, and hip-hop; it can’t be confined to just one genre. His music is excitingly multilayered, making it especially enjoyable.

His lyrics are simple, and yet universally relatable. In his single “Cool” from his 2017 debut album Little World, he sings “I’ve always wanted to be cool, but I’m not that cool,” something that many listeners can identify with.

The single currently has three million views on YouTube, and over ten million plays on Spotify.

Villere has come a long way since his debut album, gaining a relatively small but dedicated online following and fanbase.

His highly anticipated follow-up album Cardboard City is being released on Valentine’s Day of 2020. He’s released two singles from the album, “Sore Throat” and “A Feeling.”

The music video for Sore Throat has the best visuals we’ve seen from Villere yet. Villere begins the song with the lyrics, “Sometimes I spend all day inside/ I feel bad again I wonder why?” By the second verse he asks the gut-wrenching question, “Am I falling in love or just falling apart?”

The beauty of Villere’s sound is that it’s different from the typical “indie” that we’re used to, but not so different that it’s isolating. His lyrics aren’t overly complex and that’s why they resonate so easily with listeners, because they’re accessible. That’s what makes Villere such a great artist.

You won’t want to miss out on seeing Zack live in Houston! His performance on the ‘Trevor Rice Is Not Going On Tour’ Tour is happening on Saturday, February 15th, 2020 at the Satellite Bar in Houston.

You can get tickets here at his website or here. 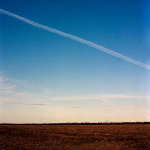