Ambient music is entirely based around creating a meditative atmosphere so that the listener’s mind can wander freely and enjoy a hypothetical musical landscape. I often get lost in here, but in a good sense, just to explore. One of the great musical architects of the past couple of decades that is able to create such a wonderful auditory experience is Japanese composer Toshifumi Hinata.

After his graduation from the University of Minnesota-Duluth in 1982, Hinata dove straight into professional composition for television shows, films, and documentaries. The most famous of which being Tokyo Love Story and Long Vacation, a series he had composed with his brother, Daisuke Hinata. Hinata became known for his ability to play several instruments such as the violin, viola, cello, bass, piano, and keyboards such as the Prophet-6.

His debut album, Sarah’s Crime (1985), is a masterpiece in its own right and a strong genesis to Hinata’s solo career. The album showcases what Hinata does best, creating an enticing soundscape, with the mixed textures and tones throughout the album and the varying settings the music creates for the listener. The title track, “Sarah’s Crime,” is melancholy and contemplative. It resembles the introduction to a TV show, where the camera pans through various settings that we will visit through the season. “Boardwalk,” as the title implies, is a whimsical day on the shore walking on the hot sand, taking a break from the troubles and heavy matters that plague our series. The final song, “Pentimento,” an Italian word meaning an underlying image in a painting, evokes satisfaction, yet there is also a bittersweet feeling hidden underneath, like the underlying image within the painting. Everything makes sense.

Most of his subsequent albums follow very similar formulas, namely Story (1987), Isis (1988), and Rhapsody in Twilight (1989). All of these albums challenge the subconscious to formulate detailed imagery and tantalizing stories exploring ideas of romance, mystery, peace, and even happiness. When listening to Hinata’s body of work in long successions, you can’t help but begin to enter a deep train of thought. This is happening not so much in a negative sense, but in a way that helps your mind create a story and fit pieces together. Maybe it’s the story of your own life.

Hinata’s popularity has been accompanied by the Internet’s recent interest in Bubble Era Japanese music, like city pop (also known as “new music” in Japan). In contrast, however, to the funk and AOR-driven music of 80’s Tokyo, Hinata created the perfect music to rinse off and chill to. Say goodbye to the Toyota MR2 and give a warm ‘welcome back’ to hot tea, dim room lights, and warm sheets. Toshifumi Hinata’s pieces seem to have transcended beyond being just music, they’re experiences, performances, paintings that we may not be able to touch, but can certainly feel. 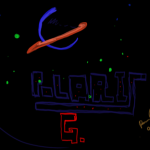