As we all listen to our Spotify Wrapped playlists (and try to figure out what the hell our “top genres” list says), we can agree 2021 was a year of great music. Many new artists have emerged with incredibly successful debuts. Here are some artists who took over 2021, and how their success will go into the next year.

This one is obvious. You couldn’t get away from Doja Cat if you tried, considering “Kiss Me More” spent over four months in the top 10 of Billboard‘s Hot 100. Taking over TikTok last year, it’s no surprise her third studio album Planet Her reached this much commercial success. If you say you didn’t walk around this year with “You Right” stuck in your head, then you’re lying. No, really— I saw your Spotify Wrapped.

With Doja’s six nominations for the 64th Annual Grammy Awards, her career will be soaring next year. In 2022, she’ll be known more for her artistry than her funny online presence. (I also predict “Kiss Me More” will win Best Pop Duo/Group Performance and Planet Her (Deluxe) will win Best Pop Vocal Album.)

Like Miley Cyrus and Ariana Grande, Rodrigo made a name for herself while acting in a teen/preteen series. This year started off with “drivers license” as No. 1 on Billboard‘s Hot 100. In May, her highly anticipated debut album SOUR was released. Her career shifted since then; she joined President Joe Biden to campaign for COVID-19 vaccinations, won New Artist of the Year for the American Music Awards, and has seven Grammy nominations. With her recent announcement for her first tour, it’s safe to say Olivia Rodrigo is seeing bigger things in 2022.

Olivia Rodrigo is coming to Houston on May 12 at 713 Music Hall. The venue is asking for COVID-19 vaccination cards or a negative test result 48 hours prior to the event. Presale general admission tickets are available through Live Nation.

With her accomplishments of 2021, it’s easy to believe streams will go higher and she will take the win for Best Pop Solo Performance, Record of the Year, and Best New Artist.

After winning the Sanremo Music Festival, Måneskin were chosen to participate in the Eurovision Song Contest. Winning the contest with “ZITTI E BUONI,” “shut up and behave” in English, the band rose to international fame. In 2021, the Italian glam-rockers released their album Teatro d’ira Vol. I. It includes “ZITTI E BUONI,” “I WANNA BE YOUR SLAVE”, and “Beggin.'” “Beggin'” is currently at 800 million streams on Spotify, while “I WANNA BE YOUR SLAVE” has been certified gold in the U.S. and the U.K., plus three platinum certifications in Italy.

With their outstanding records, Måneskin are one of the hottest bands in rock right now. Since they were the first rock band to win Eurovision Song Contest since 2006, Måneskin may bring modern rock back into the mainstream. With their social media popularity and recent single “MAMMA MIA” standing at 41 million streams, get ready to see more leather pants and glitter in 2022.

Speaking of modern rock, Canadian metal band Spiritbox proved themselves as the next up-and-coming band in the scene. In the rock and metal industry, Spiritbox became the underdogs this year. They became Rock Sound’s Artist of the Year. Released under Rise Records, Spiritbox’s 2021 debut album Eternal Blue is captivating from start to finish. Loudwire named it as their Best Album of the Year.

From the enchanting ambiance of “Secret Garden”, the tear-jerker “Constance”, and their heaviest single “Holy Roller” (video below), Spiritbox’s versatility is undeniable. If you’re looking for nasty riffs, gut-wrenching screams, or just simply tired of hearing “metal is dead”, then look no further.

Spiritbox are coming to Houston, Feb. 19 at Bayou Music Center, along with Every Time I Die and headliner Underoath. With the few shows Spiritbox had with Limp Bizkit’s tour and their upcoming tour with Underoath, 2022 will be a year of more publicity for them.

Montero Hill has no problem with gaining views. Lil Nas X proved himself as not only an amazing artist, but a marketing genius. With the insane coverage and controversies around the “MONTERO” music video and “pregnancy” announcement for his debut album, Nas shows he’s not just the “Old Town Road guy”. Both “INDUSTRY BABY” and “MONTERO (Call Me By Your Name)” became No.1 in Billoard Hot 100. “MONTERO” is also standing at 1B Spotify streams. Lil Nas X has five Grammy nominations.

With Nas’s artistry and marketing techniques, he may take the win the Best Music Video award. From his success this year, we are witnessing a young star become one of the biggest artists in multiple genres today. Honestly, at this rate, it’s unpredictable what we will see with him in 2022. But I’m totally here for it. 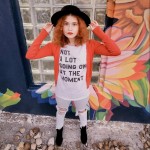