I think about how much punk rock has influenced my taste and personality growing up (shout out to eyeliner and Hot Topic choker necklaces in 8th grade). It’s not a question why so many teenagers become invested in this genre when punk has a reputation for its rebellious, “resist-the-system” attitude. Throughout high school, I became more aware of society and its flaws, which pushed my interest further in the music that touched on those kinds of topics.

My passion for progressive movements and music grew, and I began to consider the scene a community; people who share the desire for bold expression and progression. Overall, it was a character builder. Now, in my 20’s, I can say that the music I loved as a teenager still has its hold on me. Just this past July I attended the Hella Mega Tour, the lineup being Weezer, Fall Out Boy, and Green Day.

Artists within the more recent times have my attention too. For example, popular artists Olivia Rodrigo and WILLOW. Olivia Rodrigo has been a familiar face within the Disney Channel scene for years, but her SOUR album is where she took off with an new, expanded audience. I would say that listening to “good 4 u” today reminds me of listening to Avril Lavigne just some years ago. I hope she does more with that sound in the future. And even though “Whip My Hair” remains a highly memorable song, Willow Smith has taken to alternative music with the stage name WILLOW, having a major breakthrough with the song “t r a n s p a r e n t s o u l.”

I then found myself on a search to find artists and songs that had a similar vibe. During my deep dive, I learned about the riot grrrl movement, Poly Styrene, and several bands fronted by women of color. Since punk rock is influenced by, and itself influences, the social and political environment, it would make sense for women of color to have a voice in a setting that impacts them a lot.

Through some reading, I found that people of color, especially the black community, have been major influences and trailblazers for punk rock/rock and roll culture in America. Although a now rather obvious fact, that was unknown to me as a teenager who was introduced to the very white-washed scene. With many musicians of color on the rise today, one could assume that black women in punk is a first, but the firsts have been happening!

I wish I had known about them sooner, but I’m glad I am able to listen now and find representation in music that means so much to me. I hope that the media continues to give women of color the credit they deserve and highlight those who are just now getting their name out there. Hopefully young girls can see women who look like them be successful in this musical world that and be inspired.

Here is a playlist I found on Spotify that has introduced me to some new favorite head-bangers! 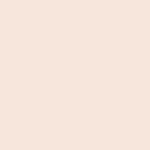 Hi! I'm Raquel 🙂 I am a journalism student in my junior year at UH. Things I love: music of course, sushi, iced coffee, and cats.