In the early 90’s, The Netherlands opened its doors to EDM, which became a big part of the Dutch music scene. Oliver Heldens is one of many DJ’s that have come from the Netherlands such as Tiesto, Martin Garrix, Don Diablo, and Hardwell. Around the age of 12, Oliver Heldens found an interest in electronic music. Finding inspiration through sound, he listened to producers like Fedde Le Grand and Chocolate Puma, and soon, he finally started making house music. Soon after in 2013,  Spinning Records discovered and signed 17-year-old, Oliver Heldens. He released his first two tracks “Stinger” and “Thumper” on the label which paved the way for his collaboration with Robby East on the track “Panther”.

It wasn’t until later that year that fellow Dutch producer Tiesto discovered his track “Gecko”.  Feeling so passionate about his find, Tiesto decided to release the track under his own label, Musical Freedom. Heldens added his own touch by fusing Dutch and UK deep house and incorporating it into his first big hit. In 2013, the track “Gecko” reached number one on the UK charts. Something that is rare for Dutch producers. The sound of house compelled him to experiment with a more futuristic version of the genre. In the summer of 2014, Oliver Heldens went on air with his personally curated podcast Heldeep Radio. A weekly show where he plays an hour-long set, of all thing’s house, and new and emerging dance music. Falling full circle a year later, he launched his own record label, Heldeep Records. He released tracks like “Renegade Mastah”, “Crank It Up”, “Wappy Flirt”, and “Ooh La La” through his alias HI-LO. Lucky enough, he will be performing this weekend at Freaky Deaky from 5:10-6:10 at the Shrine stage. Come to get one deeper with us this Sunday at Sam Houston Race Park. 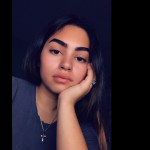