It seems like everyone is into Kpop these days. With the rise of Korean boy and girl bands spreading like wildfire and accumulating passionate, cult-like followers, it’s no surprise why Korean artists have become globally prominent the industry.

Enter the DPR gang, which stands for Dream Perfect Regime, which, despite what you may think, is not a Kpop band, but a collective of talented and artistic individuals who help support rapper Dabin Hong, known as DPR live by creating feel-good bangers and dreamlike music videos.

The 25-year-old Korean rapper gained international recognition with his impressive Eung Freestyle in 2016. Things began to pick up for Live in 2017 after his debuted EP Coming to You Live, which received nothing but positive feedback and praise.

His follow up EP Her was an inside look at the artist’s love life, featuring lyrics like “If you want me to choose between two things, I would choose you”, and made its way onto Billboard’s No. 8 World Album chart.

When asked about his music, Live told Billboard, “I want it to be genuine and organic,” he said. “I respect artists that really put their life into it because you can feel it. The listener can really feel that.”

Starting with nothing but a passion for hip-hop and a group of equally passionate and creative friends, the DPR collective has created a musical realm that effortlessly switches from Korean to English over well-crafted production, and out of this world visuals. The mastermind behind all of Live’s music videos is film director and DPR member, Christian Yu. His extremely detailed and carefully selected shots are otherworldly (they literally look like they came out of a dream) and give the music videos a cinematic quality that shows just how much care and effort the collective puts into their work. With sold out shows, millions of views on YouTube, and praise from Korean stars like Jay Park and DEAN, it’s no shocker that DPR Live is going to be the next globally known star.

DPR’s only American show was at 2017’s Austin music festival SXSW but he’s making his way to Houston with the Coming to You Live tour. Get tickets for the show here and in the meantime, follow DPR Live on Instagram and Twitter. 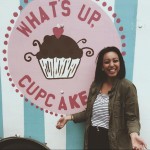