Toro Y Moi, also known as Chaz Bear from Columbia, South Carolina is one of the pioneers for the genre named Chillwave that reigned from 2008-2011. He announced that he will be releasing his seventh studio, Outer Peace album January 18th, 2019. This album will feature Abra, Wet, and Instupendo. He released his lead groovy single “Freelance” along with a video. Stay tuned for any updates on Chaz.

You can catch the young king on tour with Wet on January 23rd. 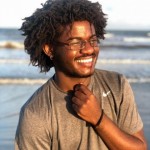