Heize will be making a stop in Houston next week! Here’s everything you need to know about the artist before copping tickets.

Heize! Heize is a 27-year-old South-Korean solo singer and rapper. I was first introduced to Heize in the summer of 2016 when she released the amazing 90s-inspired track“And July” (shown below), featuring friend and fellow honey-voiced artist. Dean. The song revolves around the feelings Heize experiences when she realizes she’s in love with her best friend. Though she wants to tell him, the timing has to be right. Her sound features a distinct, nasal, and breathy voice, and consistently seamless transitions between her singing and rapping.

Heize is a very diverse artist, with her music flowing between neo-soul, hip-hop, indie, R&B, and even slower ballads. Another characteristic of her music is the reality of her lyrics. She expresses ideas about her life as a public figure like having to always perform in some aspect, failing to meet others’ expectations, or the media outlets waiting to catch her slip up. She touches upon all of these topics in her song “Sorry,” with lyrics like:

Sorry for being sad

Sorry for being someone who is emotional

I’m a machine that just sings

Heize is touring to promote the release of her most recent album She’s Fine, after releasing a music video for the titular single. The track features some super fun chord progressions and maintains the ‘Heize’ sound well. However, I have to give a super special shout out to my favorite track on the album, “So, it ends?” The piece is featured by fellow K-R&B artist Colde, and I just feel that their voices worked so well together. If you wanna check it out for yourself, watch their live performance below.

Now I’ll leave you with a bonus track: a classic titled “Don’t know you”. Enjoy! 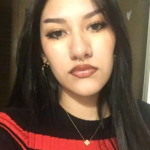