Vietnamese-American and Houstonian Casey Luong or keshi (with a lowercase k) is a self-taught music producer, singer-songwriter and musician whose music contains an interesting mix of R&B, pop, and indie lo-fi influences. He was raised in Sugarland and later went on to graduate from the University of Texas at Austin with a degree in nursing. While studying, he began uploading his music on Soundcloud under the moniker keshi, where he garnered a lot of attention.

After years of working as a nurse, he decided to switch over to becoming a full-time musician and signed a deal with Island Records in 2017 where he has since garnered millions of fans. His first EP released in 2018, THE REAPER, included hits that would ignite his music career such as “like i need u” and “2 soon”. The EP as a whole has moody yet wistful themes with minimal music production/beats and his sweet, soft falsetto vocals shining through.

In 2020 he released 2 EPs, with the first being bandaids and then always a few months later. Both EPs were acoustic leaning with an emphasis on his voice or his guitar playing and a more intimate feel than his previous work.

On March 25th, he released his debut studio album GABRIEL, the most personal and musically diverse work he has produced yet. His first tour, the HEAVEN / HELL tour starts on March 30th and continues until June 24th.

I highly encourage you to listen to keshi’s discography if you enjoy R&B and indie music, as he blends the two genres in a smooth and refreshing way that’s really a treat to your ears.

His last stop on the HEAVEN / HELL tour is in House of Blues Houston on June 24th, so if you’re thinking about seeing him live, you can get your tickets here. 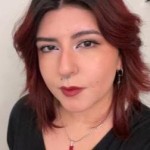