Silverstein is currently touring in honor of the 15th anniversary of their debut album When Broken is Easily Fixed. The Canadian rock band is touring with Hawthorne Heights, As Cities Burn, and Capstan. On this adventure, they are playing two sets – one full set consisting of When Broken is Easily Fixed in its entirety and another set with a mix of newer and older tracks. The tour touched down at White Oak Music Hall in Houston, TX on Tuesday, Nov. 27th. The show was the perfect emo mix of fresh and veteran bands. The lineup and their sets paired with the songs playing during the intermission produced the most perfect night for any scene kid disguised as a somewhat mature adult since Warped Tour ended (May it RIP).

The punk hardcore rock band consisting of Anthony DeMario (Vocals), Harrison Bormann (Guitar), Andrew Bozymowski (Bass/Vocals), Scott Fisher (Drums), and Joseph Mabry (Guitar), warmed up the crowd for the night with their opening performance. The show began with DeMario alone on the stage singing atop a recorded piano track. This beginning was the tamest moment of their set as they cranked up the volume and the intensity and Bozymowski inquired, “What the f-ck is up Houston?!” Bozymowski continued with his crowd interaction in a brief Canadian accent, which was fitting because he was so polite and kind throughout the entire show. He thanked the crowd, the production team, his tour manager, the merch guy – if there was valet it’s likely he would have thanked them too. He reminded every one of the band’s recent announcement, which is that Capstan has signed with Fearless Records. Bozymowski attributed this accomplishment to the support from the people around them and their belief in one another. The announcement coincides with a new video aside their new song “Stars Before the Sun.”

Of course, they played this track and the performance made clear that the record deal was not only due to the support of others, but a result of their talent, and potential. Fisher is quick on the drums. Mabry intently and precisely picks his shred. DeMario flows between screams and melodies with the assistance of Bozymowski. All of the guys have an infectious energy. Other notable songs from their set include “Invisible Fences,” “The Wreath and the Follower,” and “Elysian Fields.”

As Cities Burn, like their tour mates, recently signed to a new label. Through their new partnership with Equal Vision Records, the hardcore band has released the new track “2020 AD.” The guys performed this song to an already captive audience around the middle of their set. The band, consisting of TJ Bonnette (Vocals), Cody Bonnette (Guitar/Vocals), Hunter Wells (Guitar), Stephen Keech (Bass), and Aaron Lunsford (Drums), had enchanted the crowd with their very first song, “’84 Sheepdog.” In this opener, Wells hit the crowd with a dirty, grungy, powerful, beautiful riff that was exaggerated to what seemed to be a bit longer than the recorded version. Cody Bonnette continued the spell with his accompanying lyrics and raw, visceral voice. His sound is reminiscent of Kurt Cobain, but with an additive that makes it uniquely his.

When TJ Bonnette jumped on stage into the mix with his epic screams, it was quite alarming. The integration, had it not been done so well, could have almost broken the spell. However, it only enhanced it and the crowd was enraptured. After a couple of more tracks, TJ Bonnette shared his Texas roots with the audience. He explained that he grew up in Webster, Texas, went to kindergarten in Deerpark and that a junior high school is named after his grandfather. Following a couple of other songs, the set ended with a teaser off of their upcoming album. This finale felt like the set had come full circle because this track too has another killer lead riff. The drums are fire. The bass riff is sexy. The song in total is a power driving rock hit. If this new track is any indication of where the band is headed in this refreshed union following their 2009 split, they’re off to magical places.

Capstan’s banner came down revealing a 15-foot long black cloth with the words, “I USED TO LISTEN TO HAWTHORNE HEIGHTS IN HIGH SCHOOL” printed on it in all caps white lettering. If reformed emo, scene, hardcore, Warped Tourers said things like, “Yaaas!,” a big “Yaaas!” would have erupted from the crowd. The guys also sold shirts with the slogan and numerous people sported the claim. Later lead singer JT Woodruff greeted fans at the merch table to sign this shirt along with some vinyls and other gear. Before that though, Woodruff, Chris “Poppy” Popadak (Drums), Mark McMillon (Guitar), and Matt Ridenour (Bass/Vocals) took the crowd back to high school.

“This is Who We Are” played first in the DeLorean time machine followed by their latest single and title track off of their new album Bad Frequencies. This collection of songs is the first since their 2015 album Hurt. Hawthorne Heights took a break in the music to remind the audience to “leave all of the negativity outside.” Woodruff inspired the crowd by reminding them that they were there to forget about all of the negativity and to live and love each other, which they promptly did as the band played “Nikki FM.” Almost everyone sang, “I knooow I’m outside of your window with my radio!” at the top of their lungs as they thrust their hands in the air and their heads back to project the words as far as they could.

Soon after everyone had their cell phones in the air as Woodruff called for the flashlights by commanding the audience to “send out a little light to all of our friends who passed too young,” and to “let [the] light guide them home.” He continued, “These lights represent what this music represents, to help us all through our darkest times. Thank you so much for being here.” Former Hawthorne Heights guitarist Casey Calvert who passed in 2007 and former Bayside drummer John “Beatz” Holohan who passed in 2005 were both honored by the band in words and action as they played “Bring You Back.”

The band played another song off of Bad Frequencies before ending their time travel with “Ohio is For Lovers.” Almost everyone yelled, “So cut my wrists and black my eyes!” along with every other lyric to the song while banging their heads and jumping around with closed eyes.

In between Hawthorne Heights and Silverstein, the overhead music consisted of My Chemical Romance, Underoath, Senses Fail, New Found Glory, and Panic! At the Disco. The crowd continued singing loudly as if the bands themselves were playing live onstage. The camaraderie and joy from singing the 2000’s emo classics filled the entire White Oak Music Hall downstairs room. One fan, who was celebrating her 39th birthday remarked, “I feel like such an emo kid. I haven’t done this in ten years,” while huddled up in the merch mass waiting for Woodruff to sign her gear. Another mentioned that one of the Silverstein songs off of When Broken is Easily Fixed was her AIM name (emphasis added – because AIM. Do you remember that?). She later remembered during the first Silvestein set that it was actually “Hear Me Out.”

15 years! When Broken is Easily Fixed launched 15 years prior to this tour and Silverstein, whom are actually Canadian, celebrated it the right way with the two-part set. The first part consisted of ev-er-y-sin-gl-e-tr-ack off of their debut album. The songs were played in order of the album beginning with “Smashed into Pieces.” While the album only hit the 48th spot on the U.S. Billboard Chart, it carries much cultural significance. All of the lyrics for the ten tracks were either written solely or primarily by lead vocalist Shane Told who was a teenager at the time. He joked that life had come full circle because he went to White Oak High School and there he was playing in White Oak Music Hall these songs that he wrote about high school girls – clarifying that he was in high school when he wrote them.

Joking aside, therein lies the cultural significance. Told, a teenager, wrote these songs about issues and feelings paramount to a teenager. Then, teenagers consumed them! Hungry for a voice to the feelings bubbling up inside of them, Silverstein lent them theirs. Told verbalized the awkward, angsty, teenage feelings and turned them into anthems. It’s not surprising that during “Hear Me Out” so many people went crazy and that crowd surfing was most prevalent during this track. One sees an example of the aforementioned feelings when they hear lyrics like,

“When everyone has left me here, I’ll make it on my own. Just wait and see.” And “See the writing on the wall. Burn your bridge and wear your heart out on your sleeve. You know you won’t fool me. You made all these promises. You broke all these promises to me.”

It is not enough to simply have recognition and acknowledgment of those feelings lyrically, but it’s more important to have visual and demographic representation alongside. Instead of the older rockers that graced the mainstream (to a teenager the grunge rockers of the ’90s who had hit their stride in the industry in the 2000s were old and not someone to whom they could relate) there were then people who looked like them or who they would hang out with singing the songs of their heart. This allowed teenagers to identify, relate, and create strength and an outlet through music. Further, this inspired more garage bands who borrowed this style and filled coffee shops, garages, or fields with the emo screams and then later Warped Tour. Thus, creating a cultural and social movement in the 2000s within the emo scene. Hawthorne Heights mentioned that their first concert in Houston was with Silverstein at the Engine Room. Silverstein and this album that they played top to bottom on Tuesday, Nov. 27th created a culture.

The energy of the night was that of teenagers – meaning it was endless. Told, Josh Bradford (Guitar), Paul Koehler (Drums), Billy Hamilton (Bass/Vocals), Paul Marc Roussea (Guitar), and Mike (whom they brought on the tour specifically for the violin, but who also played keyboards and whatever else they needed) never faltered. They played all of When Broken is Easily Fixed vibrantly, beautifully, and intensely. The live version was even better than the recorded. The sound was more rotund, crisp, and alive. Told switched seamlessly between screams and melodies. The string players never missed a beat and took synchronized power rock stances on the platforms followed by synchronized head bangs. Then, they took a quick break where they changed clothes (So, did they really take a break?) and came back with more! Playing “The Afterglow,” “California,” and “Smile in Your Sleep,” the other hit songs were not neglected. They also did an encore!

Why should you catch them on the rest of this tour?

One cannot adequately describe the impact and experience of seeing this iconic, culturally significant album played top to bottom. Further, there are not many incidences (especially since Warped Tour was canceled) where an emo kid can rock out to their favorite songs with people who understand them in the deep, profound way that another emo kid does. The tour continues in Dallas at the Gas Monkey on Thursday, Nov. 29th. 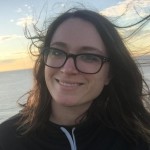