The Monster Energy Outbreak House on West 5th Street featured different genres of music on four separate days of the 2016 South by Southwest Music Festival and Conference. College, Rock, Hip hop, and EDM music was featured throughout the week, bringing in many diverse crowds to the house.

Hip hop and EDM are some of my interests, so I obviously made it out to the last two nights of the Monster Energy Outbreak House. The first night featured artists from around the nation such as Dave East, Tdot Illdude, Cipha Sounds, Skeme, Keith Ape, and French Montana. A crowd of around 350 people showed these local and national talents major love throughout the night.

The fourth and final day of the Monster Energy Outbreak House featured popular EDM DJs from around the country and world. The lineup included Medasin, Gent & Jawns, Stooki Sound, The Hood Internet, and Party Favor. Each DJ came onto the Monster Energy with increasingly more energy than the last. The night’s final DJ, Party Favor, had touched down in Austin from Miami for Ultra Music Festival only an hour prior to playing his set at SXSW and still killed it. Check out more photos from the final night of the tour below! 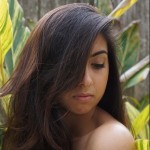