Devonté (Dev) Hynes better known as Blood Orange, is a 30 years old artist, producer, songwriter, and composer based out of New York City. Hynes was born December 23rd, 1985 in London, but eventually moved to America (New York) as his career started to balloon in the year 2007. 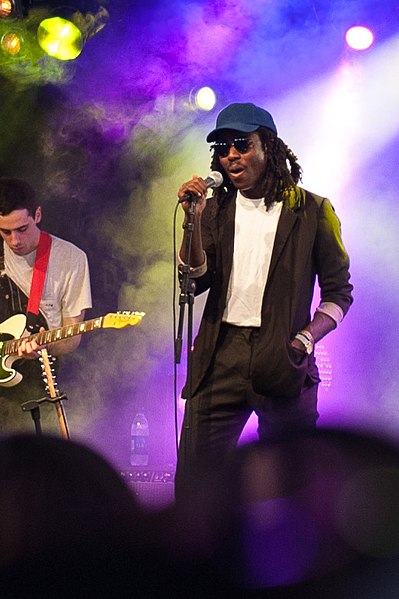 Hynes initially started his music journey in the group Test Icicles where he was noted as playing guitar, and lending the group lead vocals, however, the gig was short lived as the group released only one LP.

In 2007, Hynes went solo, and started using the moniker ‘Lightspeed Champion.’ Under this stage name, Hynes released a studio album entitled Falling Off The Lavender Bridge, as well as releasing his lead single “Galaxy of the Lost”.

The name ‘Lightspeed Champion’ comes from comic strips Hynes drew as a teenager in his school books.

At the end of Hynes two year tour in support of the album, Hynes suffered severe damage to his throat, and had to undergo major surgery. He then took a two and a half-year break from touring, only playing shows in New York and top billed slots at different festivals.

With Lightspeed on halt, Hynes decided to go in a new direction musically, more geared towards R&B.  This new direction would be soon become Blood Orange. Under the new stage name, Hynes moved forward to release two solo albums,  as well as build a large following, earning him high critical praise.

Hynes will bring Blood Orange here to the Bayou City for the upcoming Day for Night Music and Arts Festival.